According to Wikipedia, to be called "the Stradivari" of any field is to be deemed the finest there is...

"A Stradivarius is a stringed instrument built by members of the Stradivari family, particularly Antonio Stradivari. According to their reputation, the quality of their sound has defied attempts to explain or reproduce, though this belief is controversial. The name "Stradivarius" has also become a superlative applied to designate excellence."

Sound designer and composer, Diego Stocco, has truly created his own stradivarius, a mini orchestra out of his natural surroundings: "Music From a Tree".

More images & explanation of Diego's process after the video.

"In the garden of my house there's a tree with lots of randomly grown twigs. It looks odd and nice at the same time. One day I asked myself if I could create a piece of music with it.

To tune the tree I picked a fundamental note and tuned the twigs by trimming them with a pencil sharpener. I used two Røde NT6 and a NTG-2 as microphones, combined with a customized stethoscope.

I recorded the tracks live on a Pro Tools LE system. I didn't use any synthesizer or sampler to create or modify the sounds. All the sounds come from playing the tree, by bowing the twigs, shaking the leaves, playing rhythms on the cortex and so on." 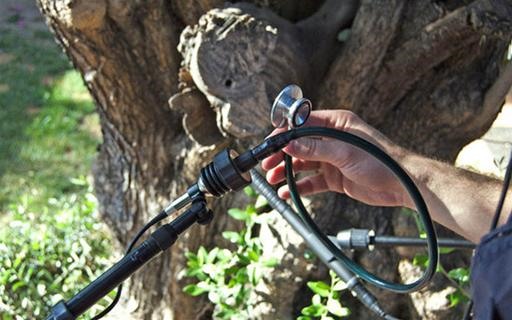 "I modified a stethoscope by using some hose accessories. The connection between the plastic pipe and the microphone needed to be sealed inorder to transmit the sound well." 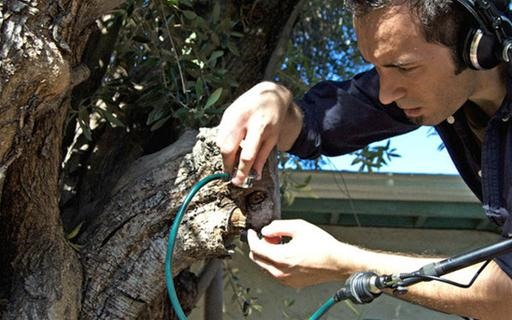 "Here I was recording the low frequencies coming from a big piece of cortex. I used this sound as a kick drum." 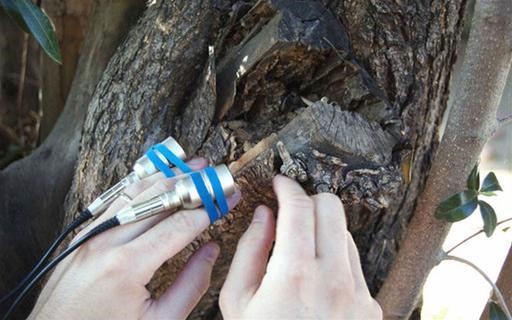 "The two Røde NT6 attached to my fingers with rubber bands. I came up with this idea because mike stands are not very practical for certain locations and also because in this way I can move the microphones dynamically around the object I'm recording." 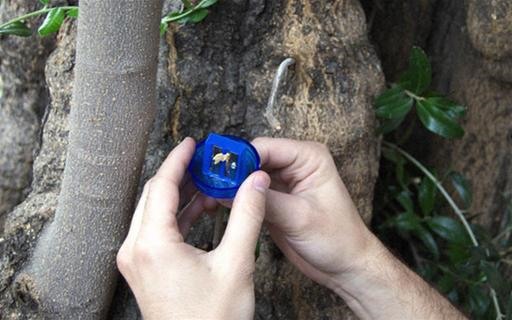 "Tuning the twig by trimming it with a pencil sharpener." 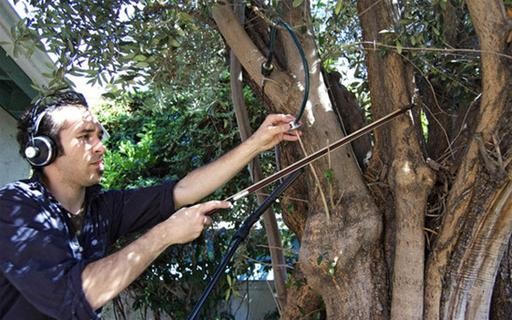 "This is the twig that I was using to play the bass note." 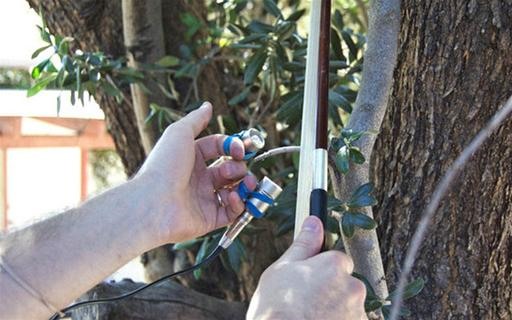 "A little twig I used for high-pitched sounds."

Want to master Microsoft Excel and take your work-from-home job prospects to the next level? Jump-start your career with our Premium A-to-Z Microsoft Excel Training Bundle from the new Gadget Hacks Shop and get lifetime access to more than 40 hours of Basic to Advanced instruction on functions, formula, tools, and more.

Other worthwhile deals to check out:

Join the Next Reality AR Community

Get the latest in AR — delivered straight to your inbox.